Chinua Achebes world is completely literary world, the Nigerian novelist has built in the West African Literature, starting from the year 1958 by his novel, "Things Fall Apart". 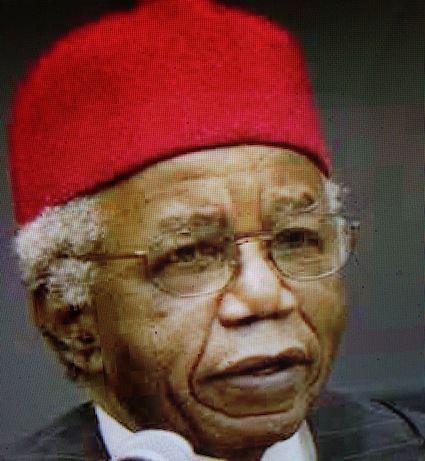 He wrote it, influenced by his Ibo clan's traditions and beliefs to trace its history and write about his tribe's cultures and other social and political circumstances in the surroundings.

Inside his world, Chinua Achebe was in fact started to write even before he was in the university, when he wrote his short story, "A Dead Man's Path" to portrait the traditions of the Ibo tribe.

But, it was "Things Fall Apart" that helped him to be famous. It built what I call Chinua Achebes World abroad.

As a person who grew up in a rich area of oral literature and immature visual arts, he was impressed by his merit of literary treasure, religions and traditions to write stories, while he was studying medicine at the university of Ibadan.

Since that date he has abundant literary treasure of his own.

He used his tribal backgrounds to create abundant literary works including novels, short stories, poetry, children's tales and essays and he published the following list of literary works.

However, there are other works in Chinua Achebes World I have not included in the list of books you see below.

Check them at aStore in Chinua Achebe's world here.

He touched deeply the history of his Ibo society through the story of the head characters combined of Okonkow and his family. That was just the way other contemporary Nigerian novelists and writers, as Buchi Emecheta and Wole Soyinka has gone through.

But, if we considered the tribal orientation of those writers, we would come to realize something valuable that the West always helps to bloom.

So, the Western critics considered the book as his best novel, although one of his latest named works, "Anthills of the Savannah" , which he has published in 1987 has mesmerized the English readers.

He was graduated in 1953. After graduation, he worked for the Nigerian Broadcasting Service and then decided to resettle in Lagos and give his efforts to his literary orientation.

There is something very interesting here when we follow the art essence in Africa, as we notice that the Sudanese novelist al-Tayeb Salih has also passed to this literary world through the British Broadcasting Service (BBC) to become a famous literate.

It was only by following his passion and knowledge he became poet, critic, essayist, children's writer, editor and university professor and thus created his own Chinua Achebes World in the Nigerian literature.

The basic line in his novels focuses on the traditions of the Igbo clan, the effect of Christianity and the conflict of Western and Traditional African values during and after the colonial period.

So, Chinua Achebes World is that stylized world the Nigerian novelist has outsourced from the Igbo oral traditions combined with narrations of Nigerian folk stories and proverbs.

Therefore, some critics consider him as the father of the modern African literature.

The political conflicts in Nigeria also motivated him to reflect the political development of his society in his novels and essays, especially when Biafra seceded in 1967 and the civil war devastated his country in 1975.

He became Biafran patriot during the war of secession and was known as ambassador for the people of Biafra to get their independence from Nigeria.

When the government of Nigeria took Biafra back in 1970, he appealed to America and Europe to support the Biafran cause. This is a secessionist's behavior in Chinua Achebes World by today's measures, but of course not by the measures in the past.

However, he opposed the corruption and the elitism in the political life.

One of his remarkable works is his lecture in 1975 by the title, "An Image of Africa: Racism in Conrad's "Heart of Darkness" through which he criticized the Polish Ukraine novelist, Joseph Conrad (3 December 1857 − 3 August 1924) and described his work as "a bloody racist".

His political activities and views as supporter of the independence of Biafra accompanied by his support to use English in his country and his critique to the Polish Ukraine novelist, Joseph Conrad appear to be controversial. He held both positive and negative political views, presenting a clear conflict in the way he thinks.

That appears by the political measures of today to be critical points to rationality in politics, which supposed to stand for unity not for secession and it explains at the same time his political views as secessionist.

Things Fall Apart is one of many literary achievement in Chinua Achebe's world... a novel that is well-acclaimed novel worldwide.

Here you will go beyond the storytelling line to explore the relentlessly unsentimental rendering of Nigerian tribal life before and after colonialism.

The novel was published in 1958, just two years before the Nigerian declared independence from Great Britain.

Critics pointed out that the book eschews the obvious temptation of depicting pre-colonial life, as a kind of Eden.

Instead, Achebe sketches a world in which violence, war, and suffering exist, but are balanced by a strong sense of tradition, ritual, and social coherence.

No Longer at Ease is a story of a Nigerian and perhaps African man whose foreign education has separated him from his African roots and made him parts of a ruling elite whose corruption he finds repugnant.

Chinua disclose his own opposition to elitism and corruption that led him to abandon some political groups he worked with them.

The novel remains a brilliant statement on the challenges that still face the African societies, since the time it was published more than thirty years ago.

Grown in the Ibo heartland of eastern Nigeria, Chinua Achebe, one of Africa's best-known writers describes the conflict between the old in the inherited traditions and the new trends brought to the continent through colonization that time in the mid-twentieth century.

The social conflict in its simple form appear in its most poignant aspect, which consists even until recently in the personal struggle between fathers and the traditional society leaders called the elders and their and sons representing the new generation.

Critics know Chinua Achebe as the founding father of modern African literature. He built this (literary fatherhood) in his novels, from Things Fall Apart (1958) to Anthills of the Savannah (1987), all of which have set the standard for all writers who aspire to portray the continent's complex colonial and tribal legacy.

Chinua Achebe's respectful biography was written by one of his former students called Ezenwa-Ohaeto. It delineates thoroughly the tangled history of Achebe's native Nigeria and chronicles his courageous support of human rights.

These human activities have frequently been violated by Nigeria's government. Achebe's magical fiction needs no explication, but with this biography Western readers will gain a new understanding of the man who created it.

* These arts and cultural categories include the following articles:

In addition to "Chinua Achebes World", the following pages help you produce, and publish audio and videos and do other videotaping services.

Some of My Books:

Do you think that Chinua Achebe's World is a fantastic world?

Well, you can color Chinua Achebes World too just right here… or even read more books written by Chinua Achebe, write reviews on these books and get some gifts to read and improve your economical and literary life. Get to the Horn of Africa's Bookshop to do all of this.

You can also colour Chinua Achebes World, or any other writer's world, when you build a small business about that passion you have, or about your literary knowledge.

Many of the links included on Chinua Achebes World open into page with good business ideas to build the right home based business for you based on any kind of art or literature.

If you thought that it is difficult for you to choose narrow niches, work at home and build such online business, please read one of the Online Free Consulting Services here and just ASK how to convert your art hobby into a successful business. I will then guide you systematically and gradually to achieve your goals.

You will never fail, if you get the principles to choose it right and then build it following the CTPM Process. When you go through this action guide for ten days, you will come to an end that this kind of internet business is so easy.

I am sure that you will thank me for the rest of your life after having you gone through those ten days lessons. Read more about building online business through the Ezine Act Blog at Blogging for Pleasure, Business Strategies Cat, Collective Consulting Services, Email Marketing Media and Ezine Act.

If you found Chinua Achebes World useful, please share it with your social media using the small buttons on this page. You could do that by liking, tweeting to Twitter, or pinning the Ezine Acts Pictures on this page and at the Ezine Acts Galleries. Thanks.

You can use them to empower a world of Chinua Achebe of your own creative mentality.