Support Street Children's Projects and Make a Difference in a Child's Future.

The term "street children" refers to children for whom the street more than their family has become their real home. It includes children who might not necessarily be homeless or without families, but who live in situations where there is no protection, supervision, or direction from responsible adults.

The term describes children throughout the world who are subjected to physical abuse by police or have been murdered outright, as governments treat them as a blight to be eradicated rather than as children to be nurtured and protected.

This is a valuable statement to consider when you plan to support those children through your own individual efforts or through some organizations working on this humanitarian field.

Those children who are living on the streets are in some cases products of the dictatorship's industry. They're frequently detained arbitrarily by police simply because they are homeless, or criminally charged with vague offenses such as loitering, vagrancy, or petty theft.

They are tortured or beaten by police and often held for long periods in poor conditions. Not only that, but they continue to face other dangers imposed by some gangs, so called the streets' kings.

Girls are sometimes sexually abused, coerced into sexual acts, or raped by police. They also make up a large proportion of the children who enter criminal justice systems and are committed finally to correctional institutions (prisons) that are euphemistically called schools, often without due process.

Few advocates speak up for these children, and few of them have family members or concerned individuals willing and able to intervene on their behalf.

While they receive national and international public attention, that attention has been focused largely on the social, economic and health problems of the children --- somethings like poverty, lack of education, AIDS, prostitution, and substance abuse.

With the exception of the massive killings of street children in Brazil and Colombia, often by police, which Human Rights Watch reported in 1994, very little attention has been paid to the constant police violence and abuse from which many children suffer.

This often neglected side of street children's lives has been a focus of Human Rights Watch's research and action, as the international organization stated.

The public view of street children in many countries is overwhelmingly negative. The public has often supported efforts to get these children off the street, even though they may result in police round ups, or even murder.

There is an alarming tendency by some law enforcement personnel and civilians, business proprietors and their private security firms, to view street children as almost sub-human.

With the exception of the massive killings of street children in Brazil and Colombia, often by police, which Human Rights Watch reported in 1994, very little attention has been paid to the constant police violence and abuse from which many children suffer.

This often neglected side of street children's lives has been a focus of Human Rights Watch's research and action, as the international organization stated.

The public view of street children in many countries is overwhelmingly negative. The public has often supported efforts to get these children off the street, even though they may result in police round ups, or even murder.

There is an alarming tendency by some law enforcement personnel and civilians, business proprietors and their private security firms, to view street children as almost sub-human.

In several countries where we have worked, says the international organization, notably Brazil, Bulgaria, and Sudan, the racial, ethnic, or religious identification of street children plays a significant role in their treatment.

The disturbing notion of "social-cleansing" is applied to them even when they are not distinguished as members of a particular racial, ethnic, or religious group.

Branded as "anti-social," or demonstrating "anti-social behaviour," street children are viewed with suspicion and fear by many who would simply like to see them disappear, the international organization reports.

In Bulgaria, Guatemala, India, and Kenya, Human Rights Watch has reported that police violence against them is pervasive, and impunity is the norm.

The failure of law enforcement bodies to promptly and effectively investigate and prosecute cases of abuse against them allows the violence to continue.

Establishing police accountability is further hampered by the fact that street children often have no recourse but to complain directly to police about police abuses.

The threat of police reprisals against them serves as a serious deterrent to any child coming forward to testify or make a complaint against an officer.

In Kenya, Human Rights Watch has worked with NGOs and street workers to encourage the establishment of a network for documenting and reporting police abuses against street children, and to improve children's treatment by police.

Yet even in Guatemala, where the organization Casa Alianza has been particularly active in this regard and has filed approximately 300 criminal complaints on behalf of street children, only a handful have resulted in prosecutions.

HRW says it's clearly that, even where there are advocates willing and able to assist them in seeking justice; police accountability and an end to the abuses will not be achieved without the commitment of governments.

Street children are parts of that very large population of children worldwide who live in abject poverty and who are particularly vulnerable to abuse of their rights, both civil and economic.

They are a disparate group, living on the streets of the world's cities for myriad reasons and reacting to their plight in many different ways and lifestyles.

No-one really knows how many street children there are. An often quoted figure is UNICEF's estimate of 100 million made a few years ago.

But many people believe this is an exaggeration and it certainly includes many children who spend a large part of their day on the city streets but who have families living in the slums, shanty towns and even on the pavement, to whom they return at night.

A recent survey commissioned by local government in Calcutta estimated 200,000 in that city alone, but again the report published in the Indian media failed to define the street children included.

Other estimates from the International Labour Organization identify 250 million working children of whom 80 per cent are in rural economies and therefore about 50 million are in cities.

But these are the children working in activities that can be categorized and the figure probably excludes most of the activities by which street children survive, such as begging, theft and prostitution as well as informal street trading.

Street living children - those who have been abandoned, runaways, orphans and those sent away from home for various reasons, without adult support - probably comprise between three and 15 percent of the number of street children in various cities, depending on local circumstances and culture.

Whatever the number, it still represents millions of children vulnerable to exploitation and abuse, who have few opportunities to speak up for their rights.

And the much larger numbers of children who retain home contact still have little access to health care, education, leisure and the other rights stipulated in the UN Convention on the Rights of the Child.

A few rebel against home or school pressures and discipline and run away. Most of these will return home once they experience the privations and dangers of street life.

Many more will feel forced to run away because of the physical or sexual abuse they have experienced from parents, step-parents or other family members

Others will be abandoned or sent into the cities because of sheer poverty and inability of the family to cope or to feed the child. Some will have been sent to earn for the family and lost touch.

Some will be refugees, or war or AIDS orphans. Common to all is family stress and breakdown, through poverty, armed conflict, natural disaster or disease.

Other Pages in the Humanitarian Network:

In addition to the street children, you may also be interested in the following humanitarian articles:

Looking for help to do any kind humanitarian network?

I am just right here beyond those lines, too close to you to close you in this humanitarian circle, if you wanted to do any activities like those I am doing right here. Just use the form at the Online Free Consulting Services.

I call you, to support those humanitarian organizations and to support me too.

Click here to support Human Rights Watch. To support the Ezine Act do one of the following:

Tweet, or like the Street Children using one of the small buttons at the top of the right column.

See, read and understand the information on the following pages. Click on the image and see how that could help you do any humanitarian network, or just any other business. 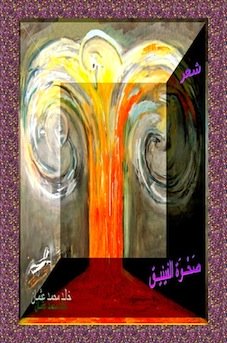